Why is traditional church so sceptical of the arts?

Most Christians would agree that in the beginning, our God created a bunch of stuff. Given the consensus on this, it is arguably unusual how little attention is paid to the nurturing of creativity among those beings made in God’s image who claim to know Him through faith in Jesus. There is also a parallel suspicion among many Christians of using the arts as a vehicle for expression of truths in and of itself – especially when those truths are complex and may be interpreted as being critical of aspects of those Christians’ own culture.

To write a reflection doing justice to this topic would entail a whole philosophical essay on aesthetics, intersubjective meaning, and probably something from Philippians; so I won’t. Instead I’m going to meditate briefly on a film many churchgoers hate without ever having seen – The Life of Brian.

Growing up in an evangelical household, I was never allowed to watch it. The first I even heard of it was when, aged nine, my mum chided a visiting friend for whistling the tune to ‘always look on the bright side of life’ (although I later found out she had also never seen it, having been forbidden by her mother in turn). Through the pop-cultural grapevine of growing up alongside the internet, I gathered it was a movie seemingly making fun of the Jesus narrative – and so I happily took on the ban as a reasonable move. 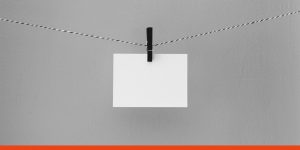 Then an interview I watched of Eric Idle changed everything. He was talking about the film with an almost whimsical regret – “we wanted to do the Jesus story but completely make fun of him”, he said (okay I paraphrase), “but realised that we’d be betraying our own funniness… the person of Christ is impervious to comedy.” I love this fact – even Monty Python couldn’t find a way of making Jesus look bad in any way that meant he was still recognisable as who he was! Which is why the film is about an unremarkable man (obviously Brian) whose life spins out of control when he is mistaken for the Messiah; the panicky cultishness and ridiculous infighting of his newly-acquired followers portraying a perfect caricature of all the worst cultural excesses of Church. 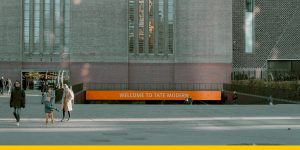 Art (especially comedy, but back to general terms) has this privilege: of being able to take the big picture of something and run full-pelt to its margins to ask the roughest, sometimes arguably most urgent, questions about what’s going on in the middle. It does this by its very nature; art speaks for itself and is perceived differently by everyone, so the ‘message’ of an artwork can often be quite ambiguous, and therefore subversive or offensive in unexpected ways, or else just easily dismissed as irrelevant. (Try taking a sheltered rural Anglican family round the Tate Modern and you’ll see what I mean.) When I finally saw Brian’s pointless yet hilarious death on a cross (sorry, spoilers) I was struck by how unwilling we as Christians can be to engage with the world at all for fear that listening is the same as being persuaded; we build walls and never even hear the things people outside the church mock us for – and indeed perpetuate these by doing so.

To honestly engage with artwork requires a person to step back from their self quietly and humbly and listen to whatever it seems to be saying – by making them feel. In practical terms it’s the polar opposite of the highly-intellectualised formal transfers of instructive certainty that many church services today resemble. Artworks don’t set out to make a single definite point – it’s a much more fluid exploration of truth.

When was the last time you remember a sermon dredging up a question discussed among the congregation to which no clear easy answers were found? When was the last time your worship made you feel something you had never felt before and had no words for? Or when something utterly intangible made you realise a particular truth like an explosion in your heart and you could do nothing but stand gob-smacked in God’s presence awhile?

Given the mysteries of the gospel none of these experiences are alien to Church; but art is a deliberate, though chaotic, means of generating them. It can do so in ways that speak to non-Christians just as deeply as Christians, and so generate missional opportunity. Else it can draw out uncomfortable realities of Church and Christ, so fulfilling a prophetic role. Or just display that magnificent of God, and play a part in worship.

None of these are readily controllable by church leaders understandably anxious about the world’s mixed-up influence on their flock. Hence why despite the huge potential of the arts for building up Jesus’ people, they remain marginal in church life.

You may be wondering when I’m going to mention Messy Church: well, consider all the above points about creativity, and then multiply them by “the artists are mostly children and not even all Christian children”. Out of the mouths of young people comes innocent perceptions of truth that ambiguate, subvert, and offend adults’ cultural sensibilities, often less because they are intended to do so than because they organically draw attention to that which has been shut-out or glazed over in Church life or teaching. Just as a priest cannot predict how all members of a congregation might react to an “out there” painting, so do they have no idea what kind of points a six-year-old from the estate might hazard in the discussion following, well, any Bible story – lots of them are pretty “out there”.

This unpredictability means it’s a lot safer and easier to teach from the front and lead from the top instead of generously providing the space for everyone to bring their own reflections and curiosities, and learn together – which is what Messy Church aims to facilitate, and what art always has. Albeit messily.

Isaac Stovell is a Church Army coworker whose personal mission calling entails a fundamentally imaginative re-engagement with the basics of our faiths, joys, loves and hopes. They believes that a fresh kindling of such matters is naturally demanded as cultures change (while nature does only slowly, and God not at all); and that creativity, community and Christful worship truly have power to transform our inner selves and outer world.

Hi, I am Aderemi Amusa, the Catering Coordinator at the Marylebone Project. I have been a chef for over 20 years and, yes, I know I do not look it! I love cooking and enjoying creating a dish just from simple ingredients. Food puts a smile on people’s faces and… Read more

Chocolate Box is a Church Army project supporting vulnerable women in the North of England. Our aim is to provide love, support, and opportunities for change, with an emphasis on building community and sharing the love of Jesus!   Chocolate Box is a place of belonging for lots of women… Read more

Sharing faith in an ambulance

My doctor was insistent, almost threatening. “You must go to A & E immediately and have an MRI scan.” It was midday on a Thursday just before Christmas so I set off obediently for Hinchingbrooke Hospital a few miles away. For two months I had been suffering severe pain in… Read more