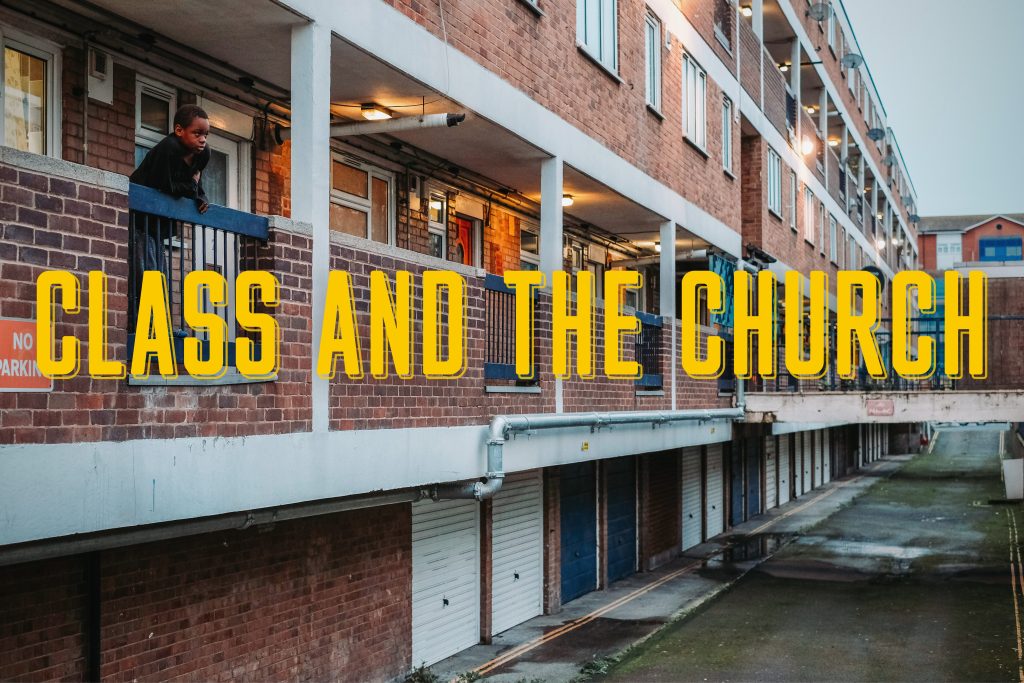 Ever since our founder Wilson Carlile was accused of ‘dragging the church into the gutter’ (Reffold 1905: 99) Church Army has encountered conflict around the issue of class. Although there’s no longer a similarly hostile attitude to serving in poor areas or training working-class people to minister in the church, issues around class are still very present.

Church Army’s Learning and Development Team believe there is a significant challenge for a predominantly middle-class church to serve in areas of deprivation, and have identified some crucial issues which warrant further exploration.

In the following discussion, we want to recognise that the picture locally is far more nuanced than the simplified middle class/working class divide we are working from. We are aware, for example, that there are people who would have traditionally middle class values, but not the financial situation associated with those values and vice versa. The gig-economy and zero hours contracts also open another can of worms on this discussion. However, this simplification is needed to give a starting point for principles to be discussed.

A primary problem is simply a lack of knowledge: people from middle-class backgrounds often simply do not know what it is like to live in poverty, or may have a distorted view of what it means to go without. Reflecting on how we can encourage people to walk alongside those who have a lived experience of living in deprivation, we identified relationship as the basis of meaningful dialogue, recognising the importance of remembering that this is slow work and can take years. Our Research Unit have identified a great example of this: they are currently working with the Diocese of York to help them evaluate their Mustard Seed project to grow disciples in places where life is tough. As well as enabling people from deprived communities to train in mission and discipleship, Mustard Seed also encourages people from more affluent areas to act as ambassadors to support mission in poor communities.

It’s also crucial to pay attention to working-class experiences when listening to people’s vocations and training them to be licensed ministers in the church. Our experience of training lay evangelists from working-class areas suggests that many people feel very anxious about starting to learn again and have very little confidence in themselves as learners and potential church ministers. Church Army’s training is learner-focused, appreciative of the fact that people come to learning with a variety of prior educational encounters, but often a great deal of wisdom from practical experiential ministry. We’ll be exploring this further in next month’s Inside Out*. Another great example of this empowering of working-class people is M:Power, the Diocese of Blackburn’s project to train lay leaders from urban communities and offer placement opportunities in deprived urban contexts for people training for ordained ministry. Their Training Hub Leader is a Church Army Evangelist, and one of our current Evangelists-in-Training also works with M:Power.

One of the key challenges we identified for these connections and conversations to take place is access to third spaces. These or those spaces where parties can meet on neutral ground, where they both feel on an equal footing, and neither is acting as a host or guest. These are spaces such as pubs, cheap restaurants, charity shops, community centres, and libraries. Some questions for us to consider in relation to these spaces are;

In contrast to the third spaces, how do we offer hospitality that offers a radical welcome to those who are not part of our communities, and who may find them an alien and uncomfortable space to be? This is when hospitality becomes radical; when we allow people to be truly themselves in our spaces, rather than expecting them to conform to the norms of a community they may never have engaged with before.

Back in the 1870s, as a curate at St Mary Abbots, Kensington, Wilson Carlile was struck by the contrast between the numbers of people thronging the streets outside compared to the emptiness of the services inside the church. He asked his vicar for permission to carry out open-air missions in High Street Kensington, and eventually moved his evangelistic work to Westminster, where the worst slums in London were. Throughout his mission and evangelism in working class areas, Carlile faced accusations by clergy and congregation members that he was ‘dragging the church into the gutter’ (Reffold 1905: 99). It says something about Wilson Carlile that he seems to have been rather proud about this and replied that the gutter was where the people are.

Interestingly, the people who did recognise and admire what he was doing were the Bishops of the day, and the Archbishop of Canterbury gave his personal blessing. Throughout his ministry Wilson’s focus was on mission to the poorest and hardest to reach in society, and on raising up lay people as evangelists: people who could communicate in down-to-earth ways with ordinary people. Wilson Carlile’s early questionnaire for potential recruits asked a number of questions, including: ‘Can you speak in the same homely language in speaking for Christ as for your trade?’ (Reffold 1905: 81) Opposition from the churches continued: at the Church Congress in Reading in 1884 Carlile spoke to an audience of vicars about the urgency of training up working-class people and licensing them as evangelists. He was booed from the platform. Finally, he was authorised by the House of Bishops to train lay evangelists from the 1890s on, work which we carry on 130 years later.

We are certainly not claiming to be the only people tackling the barriers of class in the present age. As well as the Diocesan projects mentioned above, we also work with groups like the National Estate Churches Network and Eden, and are also inspired by research from groups such as the Poverty Truth Commission, Life on the Breadline and most recently, Missing Experts from Reclaim. Church Army has been doing this since 1882, and our values today carry on that passion of Wilson Carlile. One of those values is to be risk-taking, and we exemplify this in our Centres of Mission throughout the UK and Ireland, which often work in the hardest areas. Close to Wilson Carlile’s first church home is our Greenwich Centre of Mission, where our evangelists regularly work with the victims and perpetrators of drug abuse and knife crime to provide safe spaces, mentoring and activities along with gospel input.

We’d like to encourage the church to be inspired by Wilson Carlile, and our evangelists in Greenwich today, to have more confidence in risk-taking. We know middle-class people won’t always get this right. How do we avoid being paralysed by middle-class guilt so that we don’t do anything? We were inspired by one of our training team, who noted that ‘being clumsy and present is better than not being present at all’.

If any of the above has sparked any thoughts, we’d love to hear from you. If our Research Team can help you assess the impact of projects where you are undertaking this sort of work, or if you’d like to find out more about how the Training Team continue Wilson’s legacy in training evangelists, get in touch.

*Inside Out is the monthly mailing from Church Army’s Learning and Development Team. We combine thinking about mission and evangelism, with updates on bits of our work and research. If you’d like to sign up email comms@churcharmy.org with the heading Inside Out.

Disclaimer: Blogs are written by individuals within Church Army. All opinions shared in this blog belong to the author, and are not necessarily those of Church Army.

Evangelism in a Permacrisis

I think that if I were to describe the state of the world at the moment as ‘unsettling’, I would be hard pressed to find someone who would disagree. Reinforcing this feeling is that fact that ‘Permacrisis’, is Collins Dictionary’s word of the year. We are facing multiple challenges, nationally,… Read more

The Cost of Living & the Sovereignty of God

Everyone I have spoken to recently is, to some degree, anxious about the cost of their energy bills this year as; the temperature begins to drop, the extra layer is no longer “cutting it” and the temptation to push the thermostat up a degree (or even two!) is becoming too… Read more