Eyes on the Road

Philip Johanson was Chief Secretary of Church Army from 1990–2006. During this time he saw many changes, both in society and in Church Army. Here he reflects on his time in Church Army and how, despite ministering in a changing world, some things always remain the same.

Driving a car, you need to keep your eyes on the road ahead. At the same time, you need to be mindful to keep an eye on the rear-view mirror, mindful of where you have come from whilst focussing on the way ahead. The same could be said of Christian ministry; looking back at what has made it all possible and focussing on, or taking all the opportunities ahead. To change the metaphor, the writer to the Hebrews puts it this way: “And let us run with perseverance the race marked out for us” (Hebrews 12:1). This was Carlile’s vison when he started Church Army 140 years ago. He was mindful of where he had come from, and all that Christ had done

in his life. He was determined to take every opportunity to share that experience with others and to enable Christian people to do the same.
During my early days in Church Army in the late 1960’s, much like the regular army, you were not given a choice, you were sent to places for
work. For me that was to Northern Ireland at the start of what became known as ‘The Troubles.’ Two of us lived in a caravan, and we were towed from parish to parish conducting two-week missions and children’s holiday clubs. Earlier this year I heard from a man who came to faith in Christ when he was 14 years old during one of those missions over 50 years ago, and over the years has been heavily involved with his local church, especially amongst work with children and young people. Two important lessons come from that experience. The first is teamwork; two of us working together. Jesus sent His disciples out two by two. The second is helping others come to faith in Christ and to go on sharing faith with others.

Throughout my Church Army life be it on the frontline so to speak or in administration and leadership, those two elements have been a priority.

For many years, Church Army held beach missions during the summer months in many of the major holiday towns. A team of perhaps five or six Church Army Evangelists and students would be joined by many volunteers. There might well have been more than 150 volunteers involved each year. A number of those people went on to train to be Church Army Evangelists, ordained ministers, or in other forms of Christian ministry. One team worked on the Norfolk Broads for several years, connecting with people on a sailing holiday and visiting the many Broadland pubs.

Whilst the context and methods may have changed, sharing faith in Christ and enabling others to do the same has remained the constant.

Whilst there are very few beach missions these days, holiday clubs still take place for young people and in recent years for older or retired people. Many of these activities take place in inner city parishes often amongst people who cannot afford to jet off on holidays. The context may have changed, however the work remains the same.

Teams and volunteers have always been central to the work. The Christian Service Scheme was one such example whereby mainly young people gave a year to working with Church Army, perhaps prior to embarking on a career, or prior to, or following university. They would work alongside Church Army Evangelists in exchange for accommodation and gaining valuable experience. Today that kind of
opportunity is still alive in communities such as ENVOY, encouraging and equipping people to be effective evangelists in their local context.

TODAY, CENTRES OF MISSION WORK IN TEAMS WITH LOCAL PEOPLE REACHING OUT INTO COMMUNITIES AND ENABLING OTHERS TO DO THE SAME, SHARING FAITH IN PRACTICAL WAYS

Mission teams in one form or another have played a major part in Church Army ministry. There were teams who were mobile, based in Wales, London and the Northwest visiting parishes for various planned mission activities. We had teams who resided in an area, working
with local churches over an extended period of time. We also had teams working in rural contexts in Hampshire and Warwickshire. Once
again, as contexts change, the essence of the work remains. Today, Centres of Mission work in teams with local people reaching out
into communities and enabling others to do the same, sharing faith in practical ways. 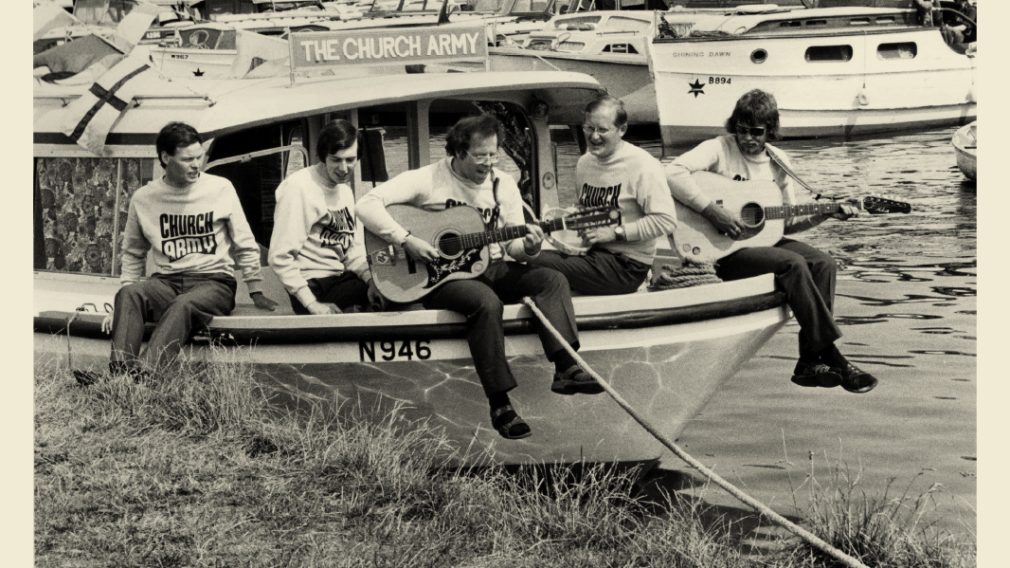 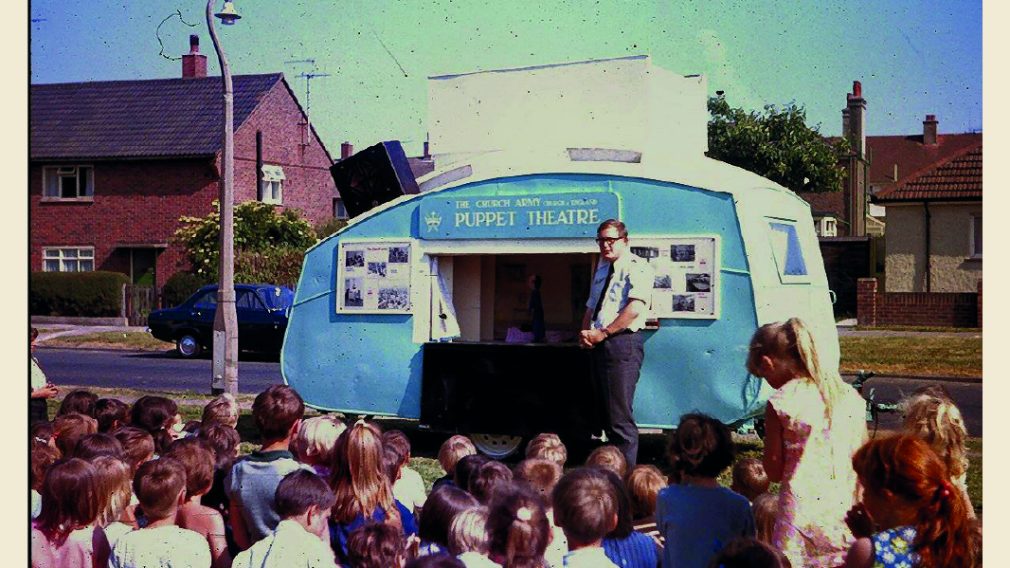 In recent years much has been said and done under the term church planting. George Lings, who I appointed 25 years ago to head up the Research Unit, played a key part in all that work, not only in Church Army but also in the wider Church. However, in one regard it was not new. It may have had a different name, however, the heart of the work is the same. In times past, a parish church would have developed a mission church or daughter church, especially on a new housing development. Church Army Evangelists were often found leading the work in such situations. Church Army Evangelists were, and still are, working in many parishes up and down the country. They work alongside the local vicar and often their work involves training and mobilising lay people to share in outreach with them.

From the early days, Church Army established many residential projects caring for people in various kinds of need. It might have been
for homeless people, older people or even professional people who had fallen on hard times. In all these situations where practical care
was provided, Church Army Evangelists lived out the Christian message once again working with teams of people. 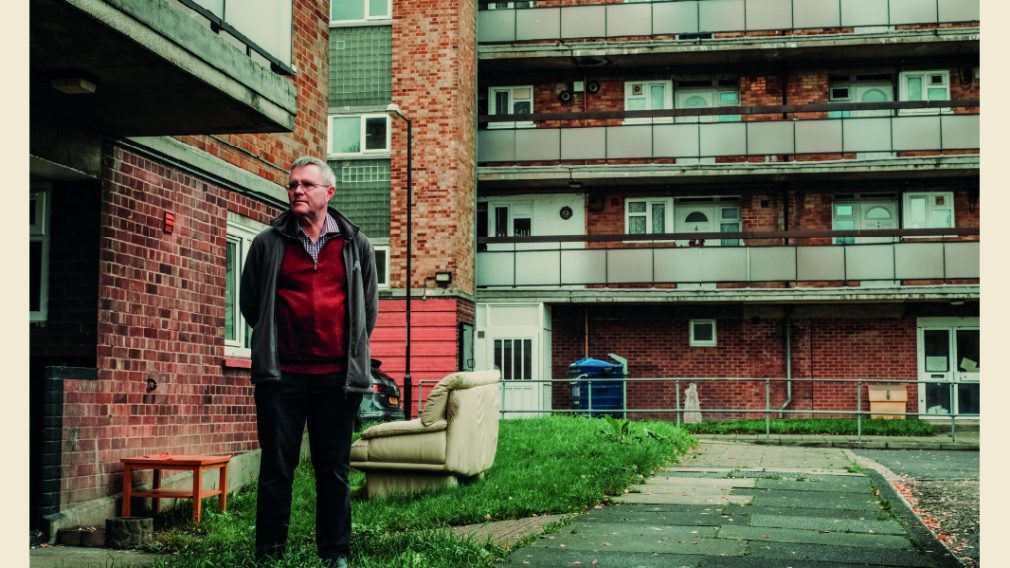 From the 1970’s onwards, times were changing with ever more government legislation regarding such work. The legislation was not wrong, however, it was very expensive to implement, more expensive than Church Army could afford. One of my predecessors as Chief Secretary found a way for most of the work with homeless people to continue through handing that work over to a charity specialising in such work.

During my time, we had to close the residential homes for older people as the regulations and costs became prohibitive. However, today, through the Centres of Mission, Church Army Evangelists continue to do valuable work with people in the communities. On becoming Chief Secretary in 1990, we launched a major review of all Church Army work to ensure we remained focussed and relevant in all that we did. Following wide ranging consultations within the organisation and with the wider Church, we published a strategy document called ‘People to People.’ It was not an easy process, and for some it was painful as we withdrew from some aspects of work and started new projects. It set the direction for several years ahead. In the foreward to that strategy document, I wrote: “We must work as if everything depends on us but pray as if everything depended on God.”

Returning to the driving illustration, we know where we have come from, and we know the direction in which we are heading, but the
scenery along the way may change, that is to say, the way in which work is undertaken may change. In my final talk as Chief Secretary at
a commissioning of Church Army Evangelists, I spoke of Jesus sending His followers out two-by-two and said I believed that was the model for Christian ministry. Today this is being lived out in part throughout Church Army in training, in Centres of Mission, in ENVOY and in numerous other ways – teams sharing faith in Christ and enabling others to do the same.